Charlie’s Ark is about a five-year-old boy and his magical toy-box which is in the form of an ark and contains many animals. These animals are magically brought to life by a secret “Wordspell”.

The stories are in rhyme and have a moral message. They are a throwback to traditional values and there is a warmth and truth in all the stories which will resonate with everyone. They remind adults of a time when they themselves were children. 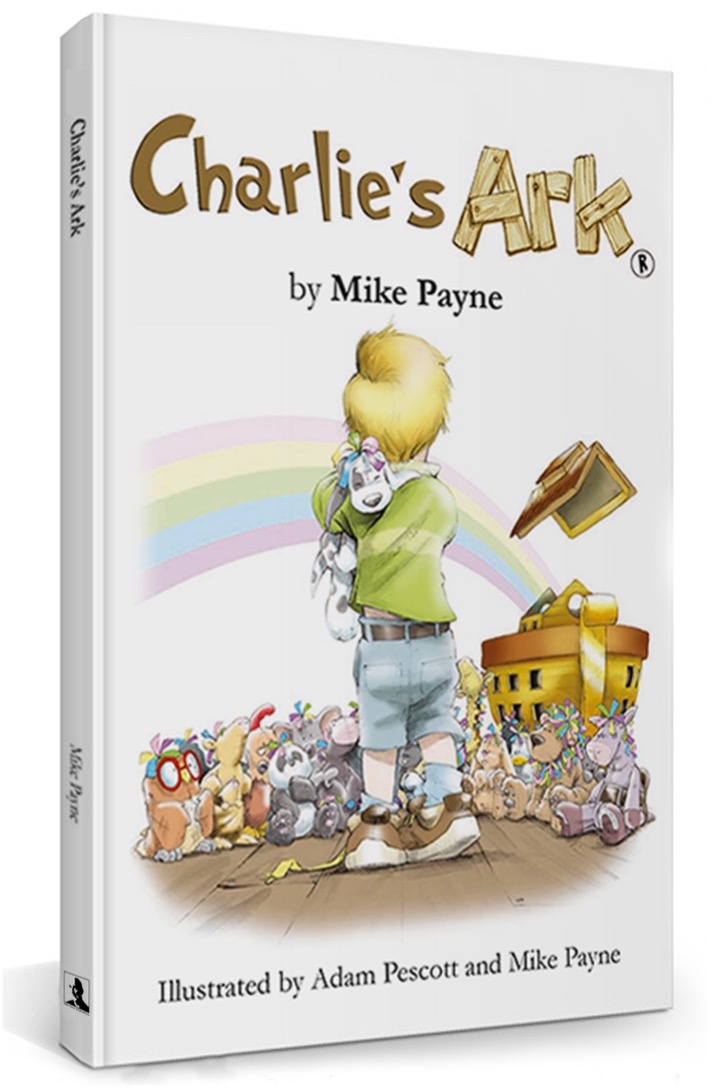 The book young children have been waiting for is here!

“Charlie’s Ark” is a collection of stories about a five year old boy and his toy box ark which contain many animals which magically come to life when he whispers a “Wordspell”.

Engaging, charming and a moral within every story together with beautiful illustrations, this book is a delight. 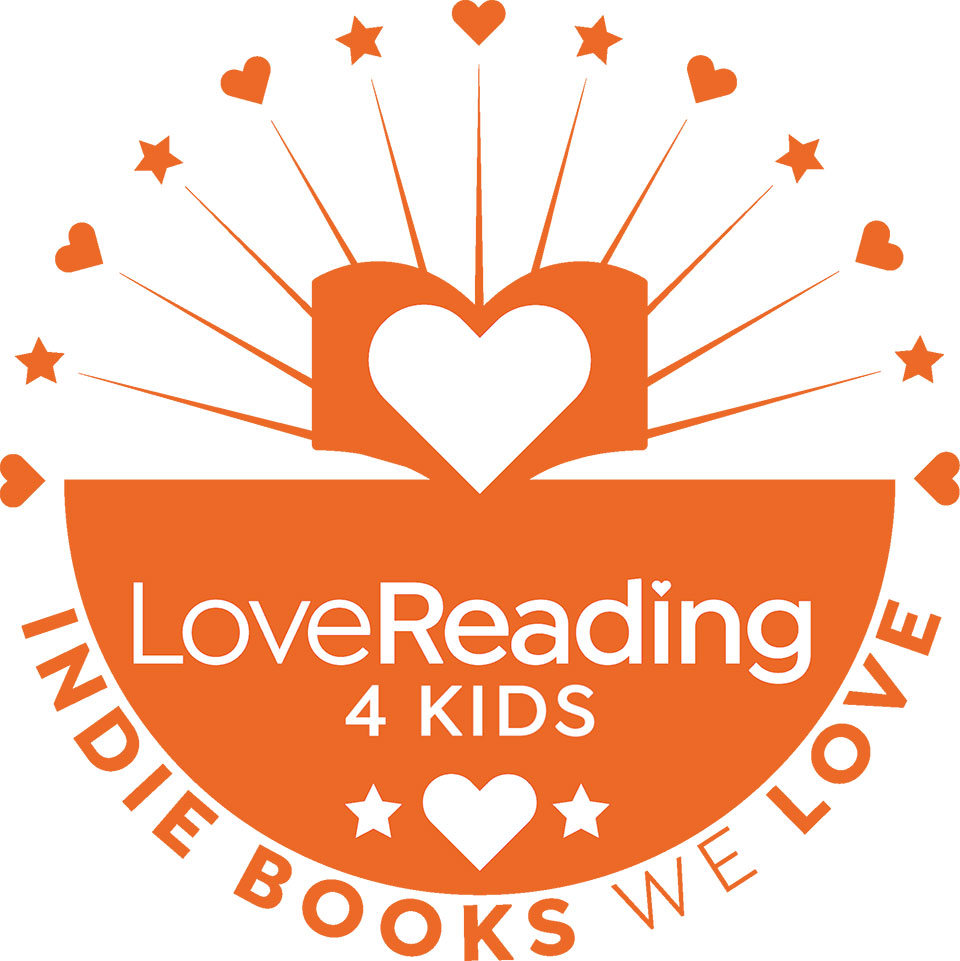 Classics, children’s classics in particular, endure because a child’s soul inherently recognizes a communion we adults only faintly remember. Story telling is an art. Story writing is a craft. What has been collectively accomplished here is the gem at the pinnacle of the creative crown – inspiration. May “Charlie’s Ark” join the classics of yore to be loved by legions of children as yet unborn and generations beyond that. Magic has been created here.” 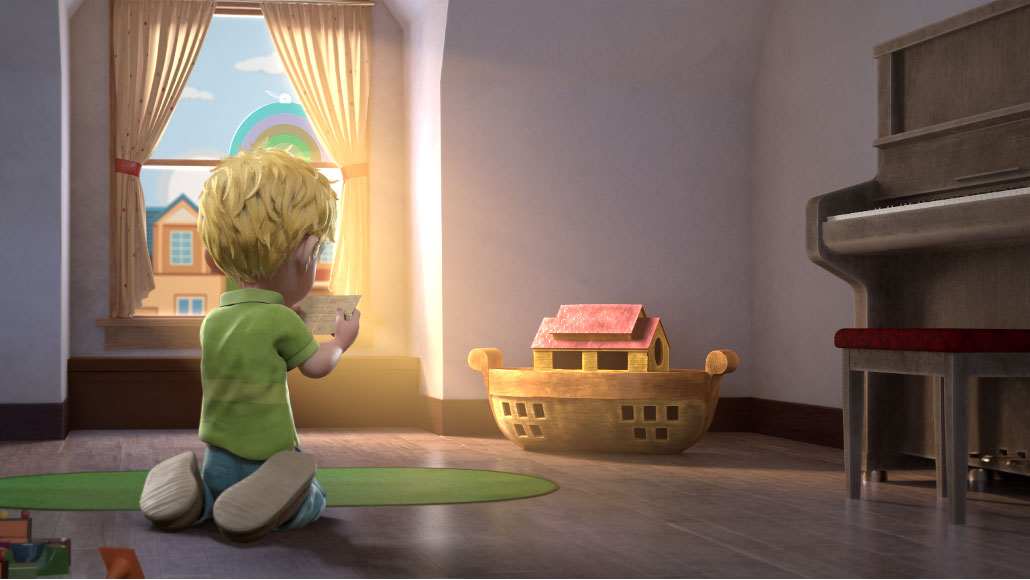 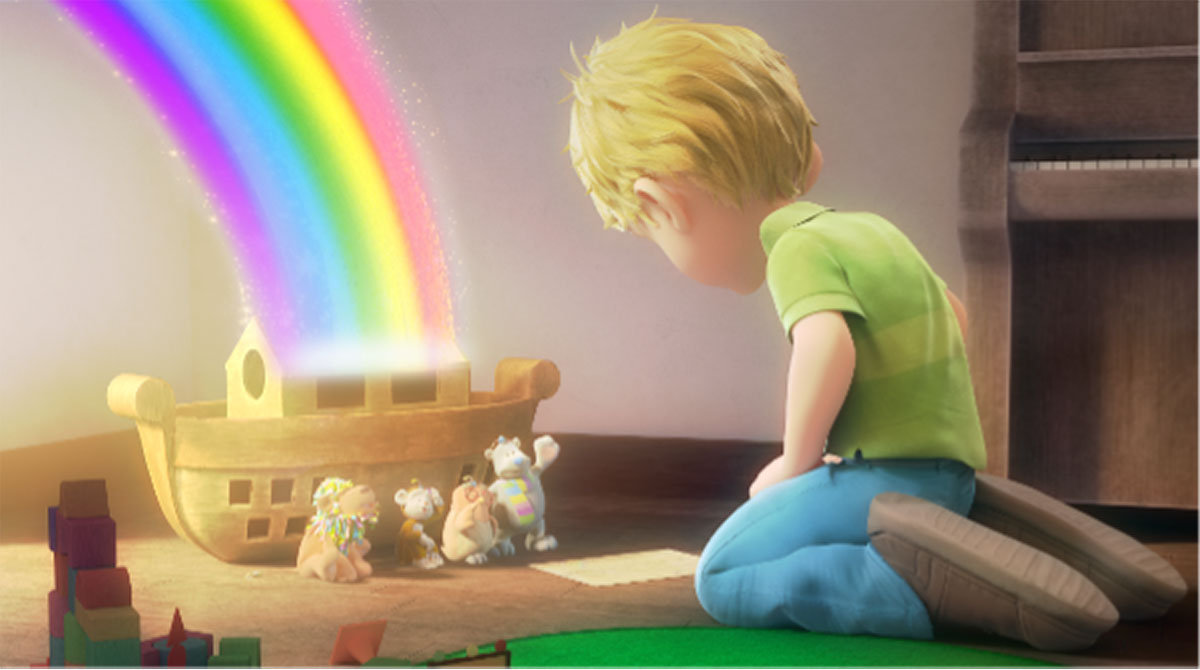 With global broadcast sales and licensing activity for its hit pre-school property Paddles ramping up and production well under way on its newest pre-school property Ling Ling, state-of-the art animation and media company FuturumKids has announced development plans for a major new property. It’s based on the delightful children’s book Charlie’s Ark.

Charlie’s Ark tells the story of Charlie, a five-year-old boy and the ark-shaped toybox in which he keeps his toy animals with their ark-inspired rainbow top-knots, manes and tails. But these are not just toys; they all come to life when Charlie whispers the magic ‘wordspell’ and together Charlie and the toys have many magical adventures.

The books, created and written by award-winning illustrator Mike Payne and illustrated by Adam Pescott and Mike Payne, have clear televisual appeal – indeed the response to the concept was extremely positive at MIPTV in April. Mike is the creator and original artist of the globally popular grey, blue-nosed bear ‘Tatty Teddy’, which he drew for 17 years.

The 52 x 11 animated series, which has already started production in Ireland and Las Palmas, aims to replicate the engaging style of the books, whose charm, evocative storylines and emotionally engaging illustrations have strong cross-generational appeal.

Longer-term plans will include licensing and merchandising, building on Mike Payne’s enormous success in commercial greeting card design, books, and gift concepts that have sold hundreds of millions worldwide.

Charlie’s Ark is a major addition to the fast-growing FuturumKids portfolio, which already includes Paddles and Ling Ling. Roy Smoothe, international strategic branding specialist, recently joined the Charlie’s Ark team in the role of Global Branding Licensing and Merchandising Director. Arthur Maxfield, former CEO of ‘World of Books’, is also involved as a Board Member of the Charlie’s Ark team.

FuturumKids includes members of the team behind the seven-time Emmy-award-winning children’s series Jakers! as well as senior figures from HIT Entertainment and its global franchises Bob the Builder, Barney and Thomas and Friends.

Eamon Mac Giolla Bhuí, CCO at FuturumKids, says: “With two children’s shows already broadcasting or in production we were keen to build on our success to date. However, we needed to find the right property to support our growing reputation as a producer of quality children’s entertainment. Charlie’s Ark is just that property. Both visually and as a magical piece of storytelling it’s ideal for children’s TV. We’re looking forward enormously to developing Charlie’s delightful adventures for the screen.”